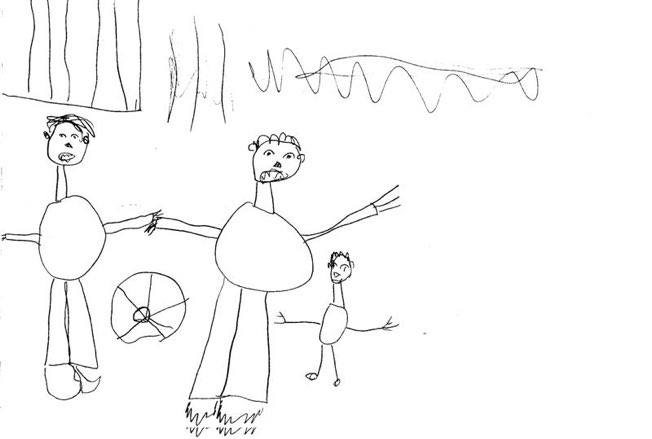 A neurotic family drawing by a 7–years–old boy

If you are interested in children’s drawings, these are worthwhile knowing. However, don't forget that pictorial features can only be understood in context(according to the first theorem of the SSCA method, see Vass, 2012).

You can find Conflict indicators: A complete guid and Signs of family neurosis in the pictures here » 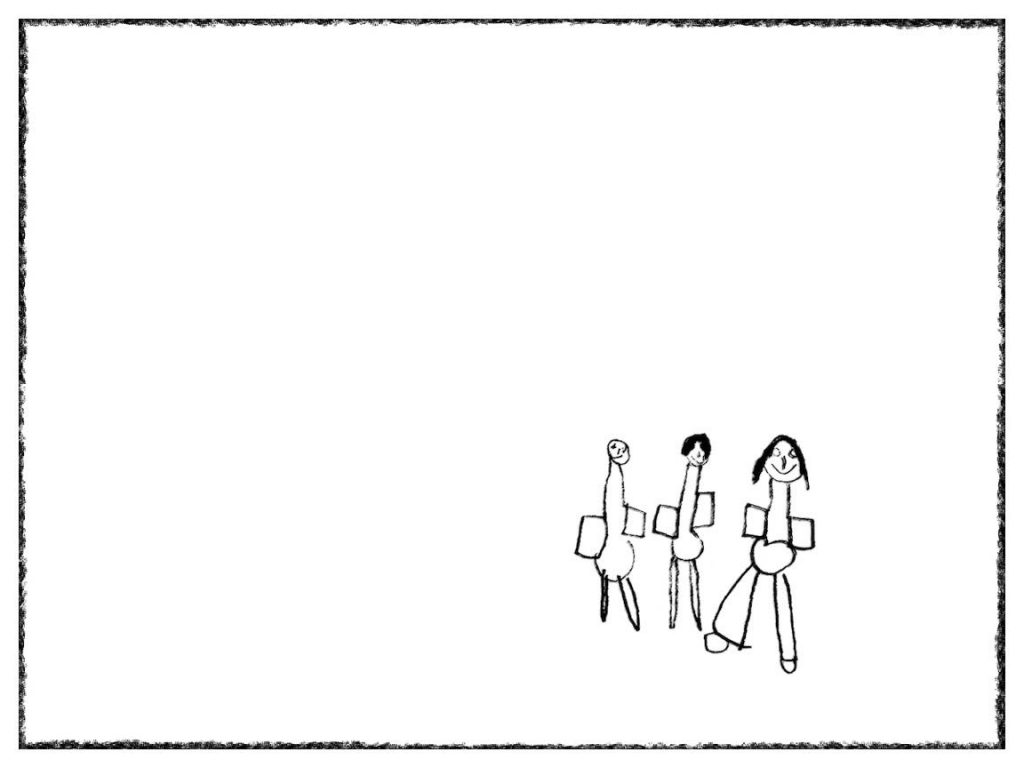 Family drawing of a 6-year-old depressed girl. The figures are not only tiny, they are also close together and only occupy a small part of the sheet. Note the low quality of the human figures and the very basic depiction of the arms.

What she found was really interesting. The family drawings of neurotic children exhibited the following features:

In our academic ﻿research (Vass, 2012) we also found the following:

IMPORTANT: Pictorial features can only be understood in context. This means they are related to case history, test behavior, current conditions, the subject’s self-interpretation, as well as other items in the picture.

Elisabeth Münsterberg Koppitz (1968, 1984) found similar results. She explained the observations by claiming that well-adjusted, integrated children do not express their emotions to the world if they can cope with them in other ways.

However, emotionally disturbed or poorly adjusted children project their problems involuntarily. They reveal a great deal about themselves in their pictures.

This is particularly true if they are in a situation where they can draw alone – or in the presence of a psychologist with an accepting attitude, who likes to work with them and is also capable of understanding their messages.