How To Use Motor Empathy for Understanding Scribbles

A Step-by-Step Guide by the Institute of Projective Drawings 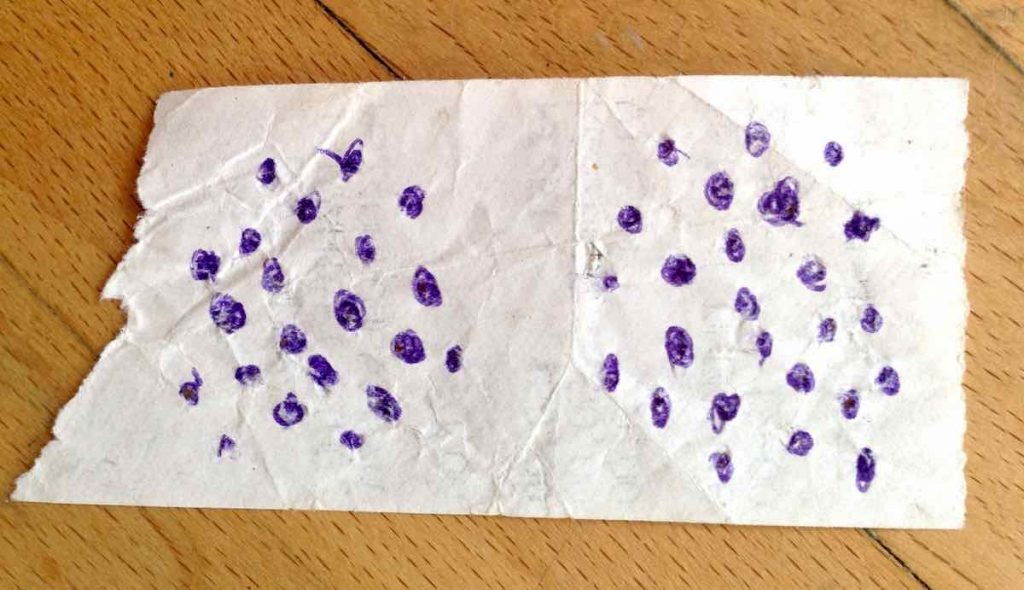 Studying spontaneous scribbles (or doodles) is an original way for the study everyday psychopathology.

A spontaneous scribble is recognisable by the fact that it is not made on demand, in contrast with scribble tests.

Spontaneous scribbles are typically made while on the phone, during meetings or classes. They also include scribbles made on playground pavements, and those carved onto benches or desks.

They can also be made by a finger on a steamy window, or a picture drawn by a foot in the sand.

Although it is not possible to make spontaneous scribbles on demand, you can prompt it by sneakingly arranging the environment.

You can find more about the interpretation of the classic scribble tests here with videos and detailed instructions.

For instance you can take a lesson from Auerbach (1950), who during psychoanalytical sessions, without saying anything, gave patients a notepad and pencil.

If the patient asked about their purpose, Auerbach’s answer was as concise as possible, they could do what they like with them...

If a scribble arose during the session Auerbach always asked for associations, what did they think of, what did it remind them of? 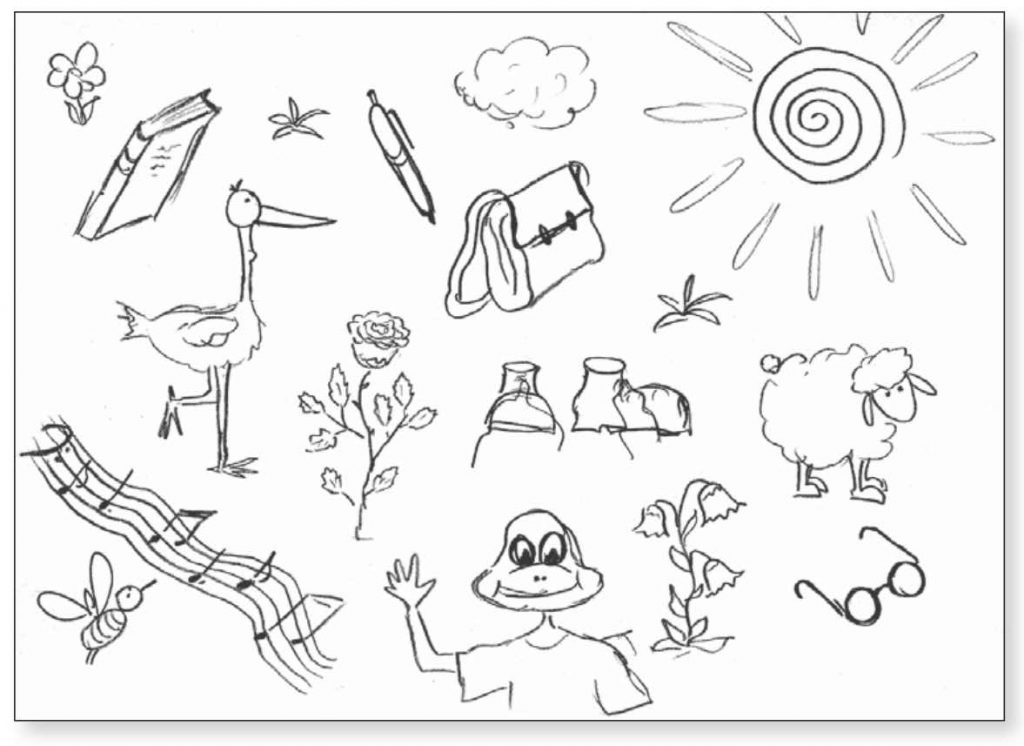 Among the drawings by adults, it is particularly free drawings and spontaneous scribbles that provide opportunities for the study of associative processes.

Furrer (1970) provided an even freer environment: a notepad was ”accidentally” left on the table. Of course many patients voluntarily began doodling while talking.

The doodles not only mirrored what was being said, they also added things that helped the therapist reveal the unconscious. 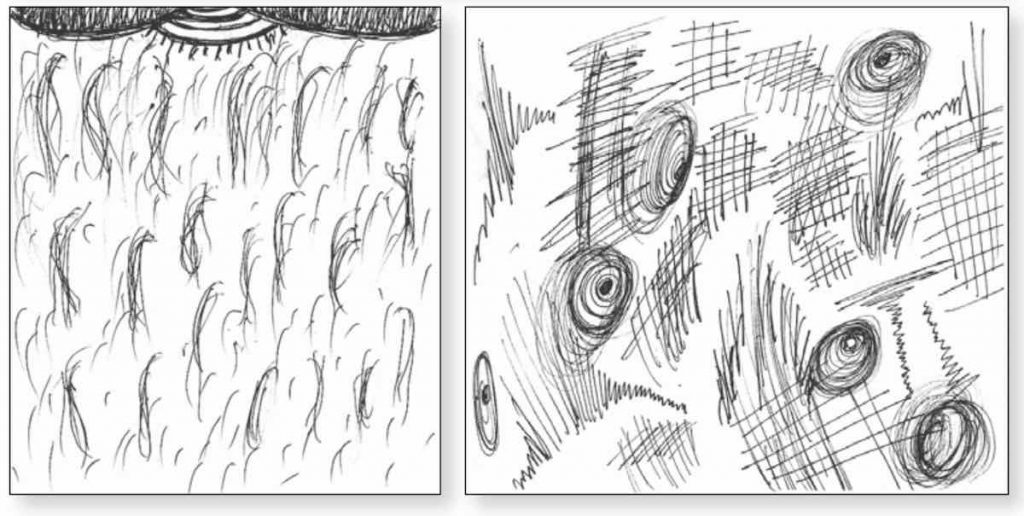 The spasmodic, nervous movements and the tense, tangled lines are good expressions of the subject’s tension. The act of scribbling allows the subject to release a part of their tension.

Even more interesting than spontaneous scribbles, are the scribble tests, during which the respondent is given certain instructions to scribble. There are different types of scribble tests, each for a different purpose.

You can also use you the Motor Empathy Method of the SSCA (Seven﻿﻿﻿﻿ Step Configuration Analysis: ﻿Vass﻿, 2012; see also Hárdi, 1983) for understanding scribbles.

The Five Steps Of The Motor Empathy Method

Take a spontaneous scribble and place it in front of you.

In many cases, those are the parts that had an effect on us, elicited an emotional response as a stimulus and that may have important psychological interpretations.

1. Draw the exact opposite of the picture!

Do not change the content of the depiction but only the style and manner of the process of creating the picture (e.g. size, line quality, spontaneity versus rigidity, psychomotor tempo, careful vs. hastily drawn).

Average drawing skills are sufficient for reproducing pictures. Random irregularities should not mislead us either. Let us not forget that the objective of our work is understanding the expressive behavior of the subject.

2. After finishing it, try to describe the opposit of the exact opposite!

3. You will be surprised how much easier it is to understand the original drawing after completing the opposite of the original. 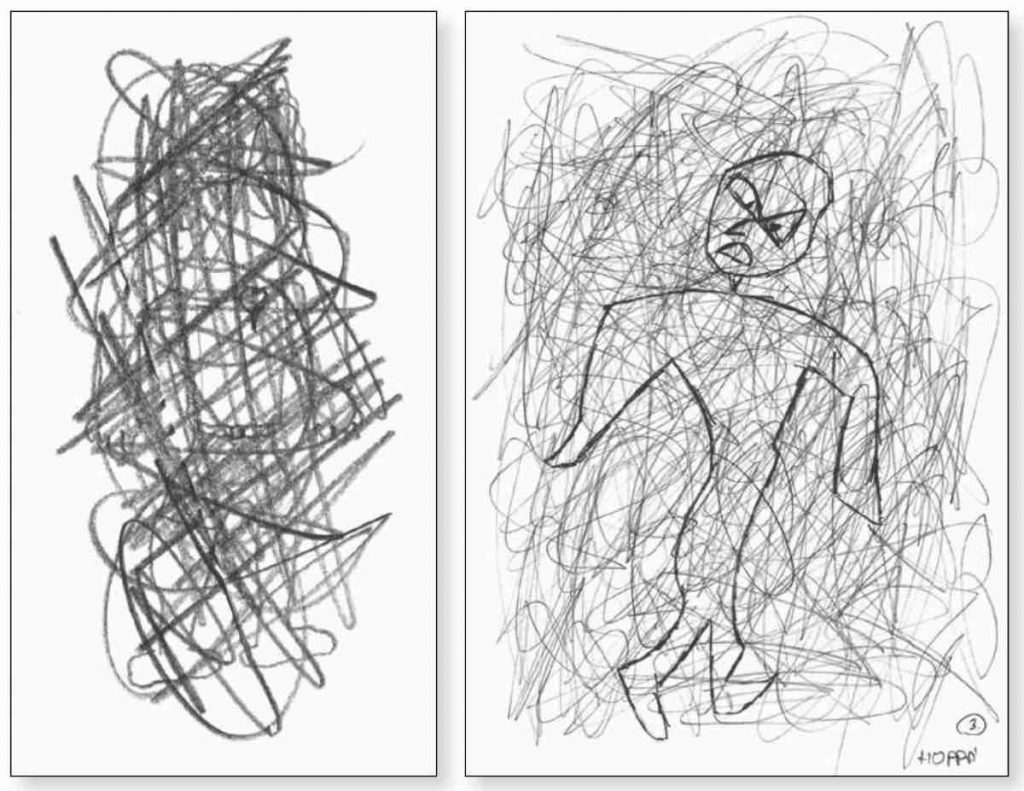 On the left: The person who made the drawing did not want to take responsibility for it. He scribbled over it so hard and so carefully that the figure is barely visible.  On the right: The quantity of scribbling was several times greater than of the human figure. The scribbles are tangled, confused, uncontrolled and cover the page.

Motor empathy is one of the basic methods of analysis in the SSCA method.

In modern cognitive psychology terms: it is mentalizing (theory of mind, reflexive self-consciousness) which empowers the investigator to recognize certain characteristics of the client, by copying their movements.

Next chapter: How unconscious reveal itself in scribbles in the Grätz Scribble Test? 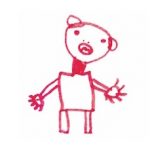